You are here: Home » Founder

“Dare you have the courage to be who you really are?” -Pir Vilayat – 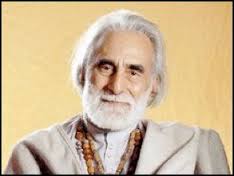 The Hope Project was founded in 1980 by the Sufi teacher, Pir Vilayat Inayat Khan. Moved by the extreme poverty of the people living near the dargah (grave) of his father Hazrat Inayat Khan in Delhi, India, Pir Vilayat envisioned a program which would enable the poor to help themselves.

During the 50 years in which he was head of the Sufi Order International, Pir Vilayat became an internationally recognized master of meditation and spiritual teacher. He was an avid student of many religious and spiritual traditions and incorporated into his teachings the rich mystical heritage of East and West, as well as the scholarship of the West in music, science, and psychology.

Pir Viliyat initiated many international inter-religious conferences, and brought spiritual and scientific leaders together for public dialogue. He founded the Abode of the Message, a spiritual community in the Berkshires, New York, as well as the Omega Institute, a flourishing learning center. He is author of many published books on aspects of meditation, retreat, and realization.

Pir Vilayat died on June 17, 2004 and is buried next door to the Hope Project.

On the outside wall of his dargah, this plaque hangs in honor of his vision for the Hope Project:

Pir Vilayat Inayat Khan (June 19, 1916 – June 17 2004) was the elder son of Hazrat Pir-o Murshid Inayat Khan, the famed musician, poet and mystic who brought the Sufi Message from India to the West in 1910. As the Sajjida Nashim of his father, and thus a tradition-sactioned lineage-bearer in the Chishti Suhrawardi, Qadiri and Naqshbandi schools, Pir Vilayat guided thousands of spiritual seekers, taught advanced techniques in meditation, and lectured and wrote extensively on the relationship of Sufism to contemporary perspectives in physics and psychology.

In the Basti of Hazrat Nizamuddin, the legacy of Pir Vilayat’s life of service to God and humanity is reflected in the Hope Project, the charitable foundation he founded jointly with Ms. Hayat Bouwman in 1980.